listen)) is a sex organ that is present in folk born with a uterus and those that recieve a vaginoplasty as well as some folk who are intersex.  The part you can typically see is the GLANS.  The glans is the area that most folk with one (or stimulating someone with one) touch, lick or vibrate in order to increase arousal and pleasure.  This part of the clitoris is under the clitoral hood, located above (and sometimes deeper than) where the labia minora meet, above the urethra, and is homolgus to the tip of the penis (althouth it does not have an opening).  The glans is reported to have approximately 8000 sensory never endings!

The clitoris lacks any reproductive function, and current science indicates that it exists soley for pleasure.  It is a very complex structure that can vary in size and sensitivity. Sadly, this one of a kind organ is very understudied. Did you know that the text books for OBGYNs does not historically include an accruate depiction of the clitoris?

Even in the one text book that includes some of the nerves and vascular information the clitoral hood is not indicated, instead indicating that this part of the clitoris is an overlap of the labia minora (2016).

I am not a biologist, to be sure, but am I the only one that can clearly see that the glans of the clitoris is ABOVE the labia minora and the hood is it’s own fold?

And finally, in 2019, thanks to the advocacy of folk who fought for the inclusion of the dorsal nerves and veins: 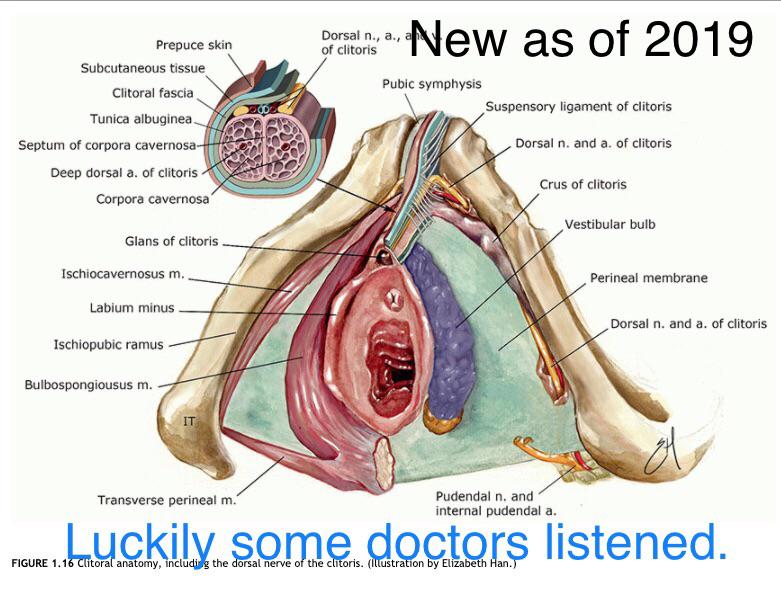 What can I expect from a session?

Are you a therapist?

Do I need to be in a relationship to work with a sex coach?

How many sessions am I going to need?